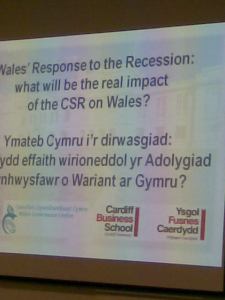 Financial terminology has never been so in vogue as it is today.

At last, financial journalism has become recognised by a wider audience as a matter of necessity to understand what is going on in the world and why the bank won’t lend any money to Mr Joe’s business or refuses to offer a mortgage to Mrs Bloggs.

Financial jargon has become part of everyday language. In fact financial terms have been overused and abused, much to the horror of the average reader.

National debt, welfare and benefit cuts, budget deficits, currency wars, bond prices, yields, fiscal consolidation programmes, capital expenditure, quantitative easing, sub-prime mortgages, financial meltdown…I could go on. These terms have almost come into the vernacular since the onset of the financial crisis in late 2007 with technical terms appearing in newspaper articles, on TV and in the workplace. It all seems overwhelming.

However, we must wrestle with these terms to bring out some of the consequences and impacts these macro decisions have on you and I.

And this evening’s meeting in Cardiff on the impact of the Comprehensive Spending Review revealed on 20th October sought to answer some of the most important questions of how Wales will be affected by systematic budget cuts.

First Minister of Wales, Carwyn Jones, said at the meeting in Cardiff University that Wales had been disproportionately hit by the spending review.

Mr Jones told hundreds of Business leaders and students at the event that the current economic challenge left to the WAG to sort out was its biggest since devolution began 13 years ago.

He cited UK Economics Nobel Laureate, Chris Pissarides, who recently criticised government measures to cut public spending as running the risk of dropping people into poverty, adding that PWC’s recent forecast was that 50,000 public sector jobs would be lost as a result of the CSR.

He said: “These measures are not fair to Wales,” as housing benefit changes would hit poorer households more proportionately.

Meanwhile capital spending allocation will reduce by 25% this year and up to 41% over the next four years. Mr Jones also hit out at the government for neglecting development projects such as the defence training base at St Athan, the closure of the Newport passport office and other sidelined projects.

He also said the Barnett Formula, the mechanism used by the Treasury to work out the amounts of public expenditure, was flawed for Wales.