As protesters erupt on the streets of Cairo for the seventh day in a row, political pressure is mounting on Egyptian President Hosni Mubarak to step down after a 30 year autocratic rule. 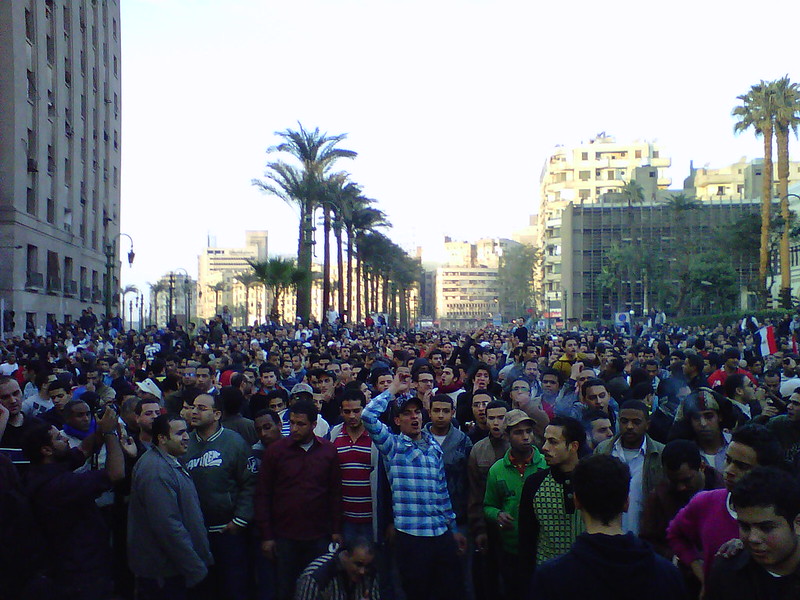 While the geopolitical implications for the region are monumental (as Egypt is supported with American aid in part for its favourable relationship with Israel which could change under a new government) the dual force of inspiration from events in Tunisia and economic woe has pushed the north African country to the brink of revolution.

Live twitter feeds and video have made events exciting to watch unfold on the TV or on the laptop, listening to updates from BBC correspondent Jeremy Bowen or Channel four’s John Snow. But behind all the pictures fed through by the media much is at stake.

Dividends have failed to filter down to the Egyptian people despite the country experiencing GDP growth of over 5 per cent in 2010, meanwhile high inflation (around 12.8 per cent) and rising unemployment have caused discontent with the those in and out of work.

And now, tens of thousands of Egyptians are standing up to say they have had enough of the same.

Things may just be about to change – and Egyptians hope it will be for the better, with greater economic prosperity and greater democracy to improve their lives.

But there is one other issue I would like to investigate: do the events in Egypt affect us in the UK or indeed in Wales?

When I visited Cairo in the summer of 2010, our tour guides were predicting an uprising against Mubarak as we passed through what seemed a chaotic city centre with growing unemployment, a place where 20 per cent of the population live below the poverty line.

Of course the tourism industry will take a hit, with over 20,000 British citizens stranded in the country while others holidaymakers and business travellers have been advised by the FCO to avoid making the trip except in urgent circumstances.

Tourists have been advised against travelling to Egypt

The BBC made this clear earlier today. Meanwhile the Financial Times reported yesterday that businesses have started to evacuate staff. Investors look on nervously as shares fell in Cairo by 16% in two days last week.

Similarly, the political unrest in Egypt, which has moderate oil reserves yet its Suez canal acts as an important thoroughfare for oil and gas, have also pushed up the price of it to over $100 a barrel, which will inevitably push fuel prices up in the UK if they are sustained at this high level for any great length of time.

In fact, David Cameron on today’s BBC breakfast show hinted he could introduce a “fuel stabiliser” to help reduce prices for fuel motorists have to pay when asked about the effects of events in Egypt on fuel prices.

So while I watch updates stream through on Twitter, events unfolding in Egypt have reminded me of the importance of economic policy and geopolitics, and their impact on the lives of everyday people on the ground.

Whatever unfolds in the next few days will not only make history of or for President Mubarak, but it will send ripples through neighbouring north-African countries into OPEC, international trade, UK motorists and most importantly, the lives of everyday Egyptians.